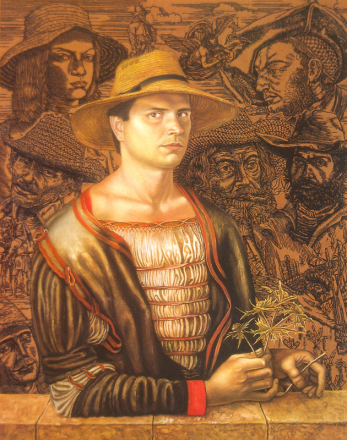 The Luis A. Noboa Naranjo Museum, founded and presided by ecuadorian businessman Alvaro Noboa, is adding the finishing touches for its next art exhibition called “Boarding. three hundred and four square meters”, created by cuban painter and sculptor William Hernandez.

This new work is formed by 42 pieces, between paintings and engravings, and 7 sculptures; it will open this tuesday july 23 at 19h00 and will be hosted by Pablo Martinez.

Throughout his career, William Hernandez has participated in 40 collective exhibitions, locally and internationally, and has done 16 personal exhibitions since 1990.

Among his awards, stand out: the second prize in the “National Engraving Encounter 2011” in Havana, Cuba; second place in the third Biennial Luis A. Noboa Naranjo “The elements of nature”, 2012.