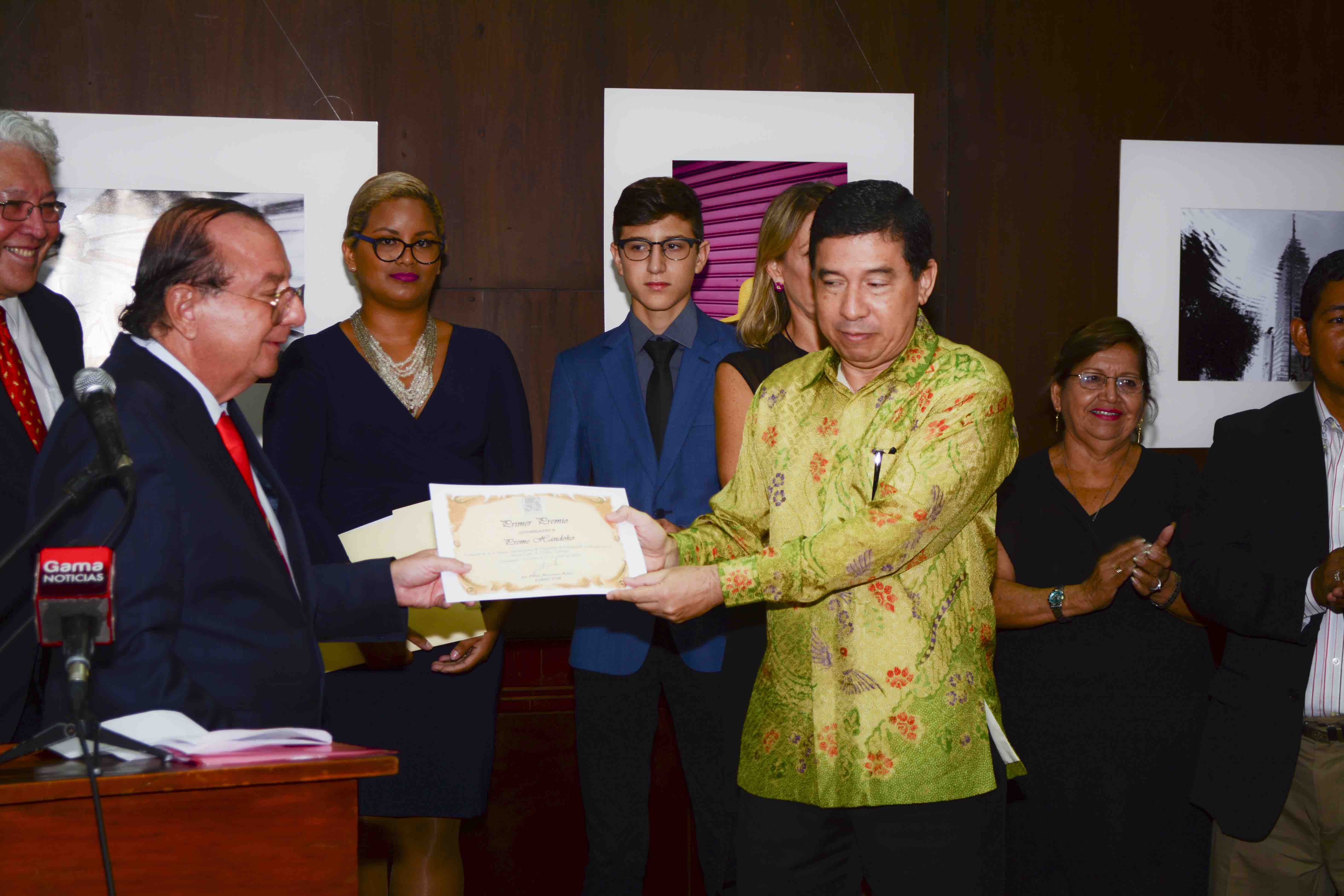 On the night of Thursday, April 27, the opening of the II International Biennial of Photography of Guayaquil “Alvaro Noboa Ponton” was held at the Luis A. Noboa Naranjo Museum.

The event, organized by the Luis A. Noboa Naranjo Museum and sponsored by the Ecuadorian businessman and philanthropist Alvaro Noboa Ponton, and directed by the by FotoClub Guayaquil, featured the participation of 250 national and foreign artists from 24 countries on four continents (America, Africa, Asia and Europe).

Curator Javier Paz, president of FotoClub Guayaquil and five national and international judges, including Chantal Fontaine, Bruno Bacigalupo, Rodrigo Bermejo, Jorge Massuco and Ricardo Cauce, were in charge of the difficult task of selecting the best three photographs among a total of 100.

“The II International Biennial of Photography of Guayaquil ‘Alvaro Noboa Ponton,’ is a statement that we are continually supporting art, culture, and education at national and international level; As a pioneer in the course of history, this event is becoming one of the most important in Latin America, we are proud of our collaboration with photography artists around the world,” said the Ecuadorian philanthropist Alvaro Noboa, director and founder of the Luis A. Noboa Museum, during his speech.”

Noboa stressed that the 100 photographs selected will be part of a book, the LANN museum will launch, “so that we are authors of that art history,” he concluded.
The II International Biennial of Photography of Guayaquil “Alvaro Noboa” will be open to the public from Thursday, April 27 to Wednesday, May 31 of this year. Admission to this exhibition is free. The Luis A. Noboa Naranjo Museum is located in P. Icaza 302 y Gral. Córdoba, Edif. Seguros Cóndor, first floor, Guayaquil, Ecuador.
Category:Events , News , Uncategorized