The multiform and vibrant works of Eilrich Jacobs 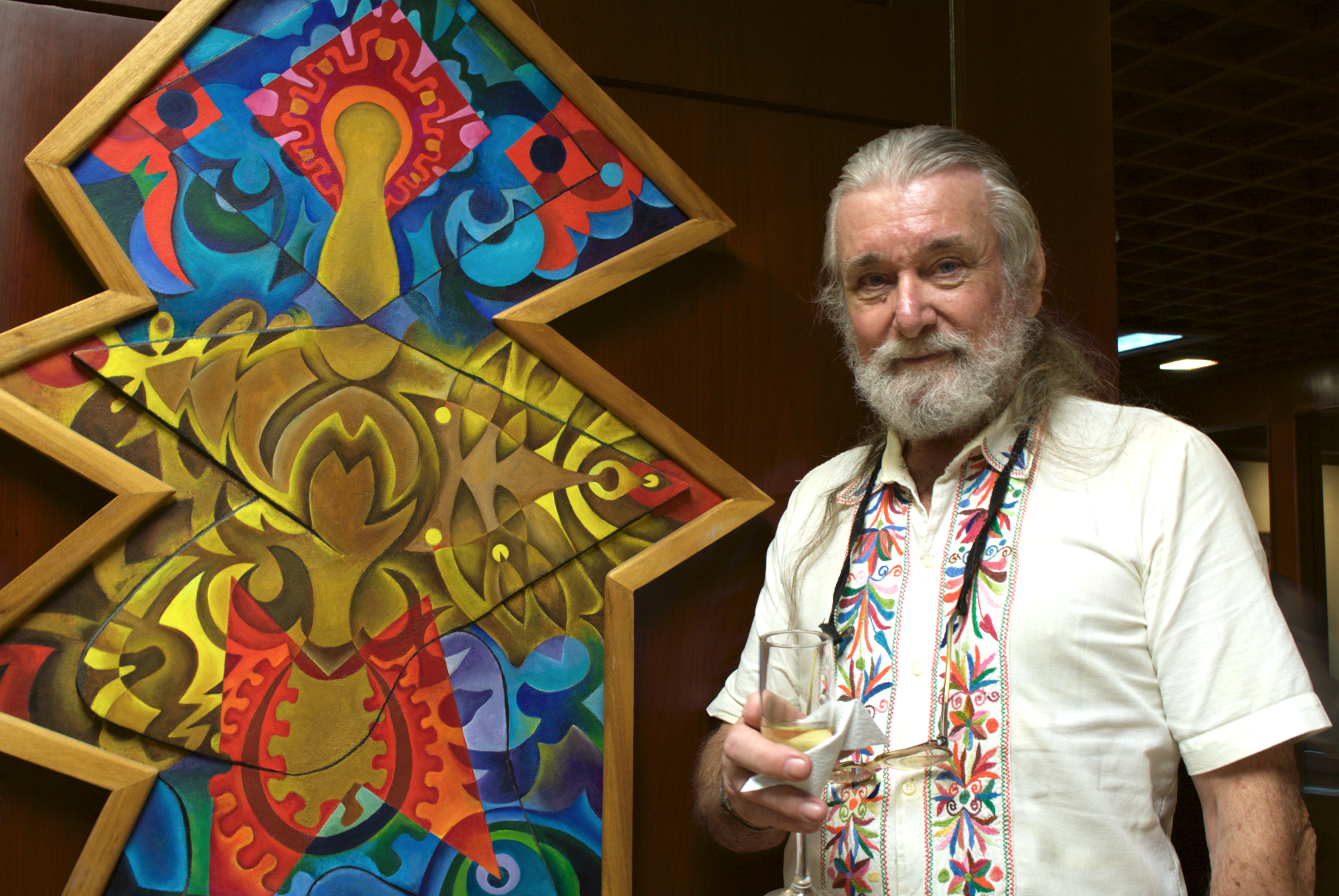 About 20 works by German artist Eilrich Armin Jacobs were exposed last July 6 at the Luis Noboa Naranjo Museum. The exhibition is a collection of the experiences lived by the artist in the last 20 years, which show his artistic maturity. Almost all paintings are oil on canvas or pasted canvas on wooden boards, which include a variety of shapes, high or low reliefs as well as a variety of techniques, elements and colors.
“German artist Eilrich Jacobs has participated in countless exhibitions nationally and internationally, he has a vast experience, which can be reflected in this sample with multiform works, that do not adapt to the conventional and common, and give it unique features. His works do not need to justify the representation of any figure in particular, but tend to use an own visual language, with varied meanings and full of vibrant colors, thus, the spectator can draw his own conclusions, evoking feelings that go straight to his mind, as there are not known images, he tends to focus on the sensations,” said Carlos Zuniga, spokesman of the Luis A. Noboa Naranjo Museum, who that night presented the German painter.
Beginnings
Born in Norderney, one of Germany’s Frisian islands, Eilrich Jacobs, 78, discovered his vocation for art since childhood. During his childhood he painted landscapes of things or situations he saw on his island, this led him to study Arts Education at the Universities of Hamburg and Oldenburg, Germany (1957-1961).
Experience
Since 1961 Eilrich has been a professor of Art Education and Foreign Languages and Director of Schools (1980). To this we can add 21 years of professional experience in schools in Germany and 22 years in German schools in Latin America, of which we shall mention: the German School Alexander von Humboldt, in Guayaquil – Ecuador (1967-1975), German School Alexander von Humboldt, in Mexico city (1984-1988), German School Max Uhle, in Arequipa, Peru (1994 – 1997), German School Alexander von Humboldt, in Lima-Peru (1997-2002) and as a retired professor he kept working from 2002 at the German School Humboldt of Guayaquil-Ecuador until September 2012.
Today, Eilrich Jacobs, after living many years in this Andean country, considers himself Ecuadorean. “I am German, was German, now I’m more Ecuadorian than German, after so many years living here.”
Exhibitions
> Cultural Institute of Peru – German Arequipa (1996).
> Private Gallery Gina Pezet, Lima (2000).
> French Alliance, Guayaquil (2004).
> Ecuadorian Cultural Center – German, Guayaquil (2004).
> Island House in Norderney, Germany (February-March 2007).
> French Alliance of Guayaquil (May 2007).
> German Ecuadorian Center, Guayaquil (2008).
> Second International Painting Biennial “Alvaro Noboa,” Luis Noboa Naranjo Museum, Guayaquil (2010).
> Oro Verde Hotel, Guayaquil (2010 – 2011).
> Third International Painting Biennial “Alvaro Noboa,” Luis Noboa Naranjo Museum, Guayaquil (2012).
> German School von Humboldt, Guayaquil (September 2012).
> Cultural Association Las Penas, Guayaquil (July 2013).
> French Alliance of Guayaquil (November 2013).
> Fourth International Painting Biennial “Alvaro Noboa,” Luis Noboa Naranjo Museum, (2014) / Honorable Mention.
> Conversation House, Norderney, Germany (May-June 2015).
> Humboldt Association, Quito, Ecuador (January 2016).
According to Eilrich, the artist should not be limited only to paint and this is his advice to all young talents who venture eagerly in this difficult field. “The new artists should use their talents, practice them, livinf them, yet they should not leave out of sight their progress in real life, because they must make a compromise between these two aspects: art and life,” concluded Jacobs.
Category:Events , News